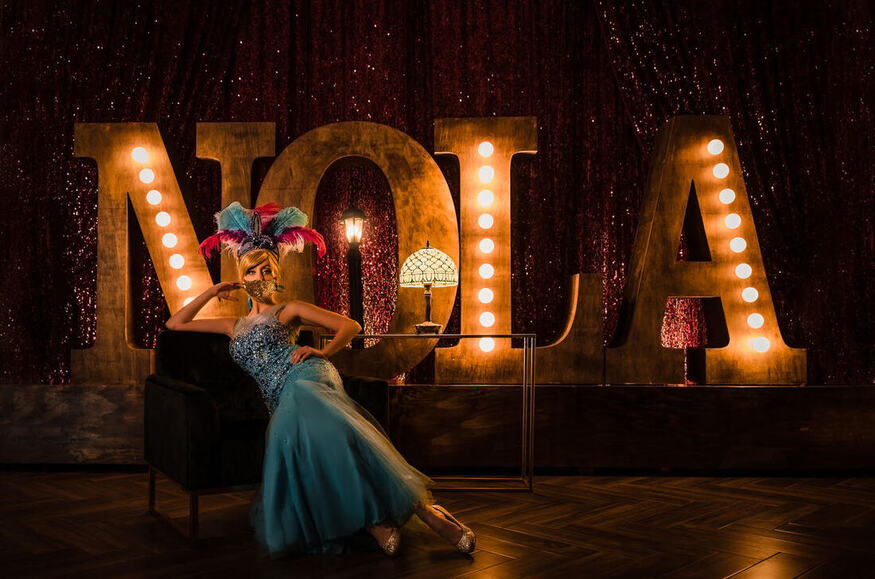 Nobody in New Orleans has slept in days. Nightly thunderstorms in our now perma-Hurricane season make for a
wearily predictable 3am alarm call. We’re all cranky as hell. Thankfully, though, it’s hard to be grouchy around producer and performer extraordinaire Trixie Minx, and as we meet for coffee, she’s her usual goofy self.

“I might present as Jessica Rabbit,” she says, “But if you know me at all, you know I’m way more of a Roger.”

Rabbit status established, Trixie begins by talking about her new series of shows, called Sultry Sundays, tentatively to be held weekly at the Howlin’ Wolf. “I’m so excited for this show. I’ve been volunteering, bagging groceries for the Musician’s Clinic and it’s been operating out of the Howlin’ Wolf and we got to talking with the venue. I’ve worked with them before and we wanted to put together a show.”
By the time venues started to cautiously open up, Minx feels like producers were hitting their virtual stride. “We figured out what works and I’m totally ready for online shows if there’s another pandemic!”

Live shows eventually came, including a couple in Atlanta in October, which involved a distanced and capped capacity of 100 at a large theater. “It’s weird because the shows went really well but my personal stress levels were super high and I almost had a breakdown making sure that we didn’t create a super-spreader event. I was genuinely worried, it was terrifying.”

Minx’s best practices and strict adherence to health and safety prevailed, though, and nobody got sick, performers and crowds alike. Doing shows now, though, brings up understandable ethical issues that were not previously in the mix. “I truly believe, though, that as we approach a post-COVID world, that most producers and performers are no longer thinking “what’s the most entertaining show”, but “which show is being presented thoughtfully and with purpose?”

Of course, entertainment and sustainability is still a high priority, but Minx notes that there’s new criteria, including the question of whether people are safe. A live, weekly Friday night show at the ballroom in The Royal Sonesta Hotel has been ongoing since late February this year. At first this meant the performers being outside in a courtyard with the guests in the bar, looking through the windows. “We MacGyver-ed a safe situation and it wasn’t perfect but it worked as a safe compromise,” Minx says.​​
Minx has also put out a few comedy sketches, cementing her stated goofiness. “I love it but I can’t be silly in every show. If the venue wants a traditional old-school burlesque show, I can’t be dressed as a turtle eating lettuce off the floor, but if it’s my show with Fleur de Tease, you had better believe I'm going to do that!”

​The immediate future is still hard to predict. “I was very optimistic for a while, and I still am but I'm not anticipating or relying on anything. I think this city is one of the last thriving examples of bohemia in America, and it will always rise like the beautiful sparkly cockroach it is. You can’t kill it! But things will be different and we’ll hopefully evolve and I think that’s a really good thing and I’m excited to see where we go next.” We’re excited too, especially if it means way more lettuce-eating turtle acts.

Sultry Sundays start at The Howling Wolf at 6pm on Sunday May 16th, go to www.trixieminx.com for tickets. ​
Back to FEATURES